YOU ARE INVITED TO VISIT DORSET STREET
This pub is located on the corner of Dorset and Temple street.

The Auld Triangle is a song, which was first performed publicly as a part of the play The Quare Fellow (1954) by Brendan Behan. Brendan credited his friend Dicky Shannon as the writer.The song was later made famous by Luke Kelly, Ronnie Drew and The Dubliners in the late 1960s, and was revived for a new audience by the Pogues on their 1984 album Red Roses for Me.

There is a memorial to Brendan Behan at the canal bridge on Dorset Street not far from the pub and Peadar Kearney, Brendan's uncle,was born at 68 Lower Dorset Street. 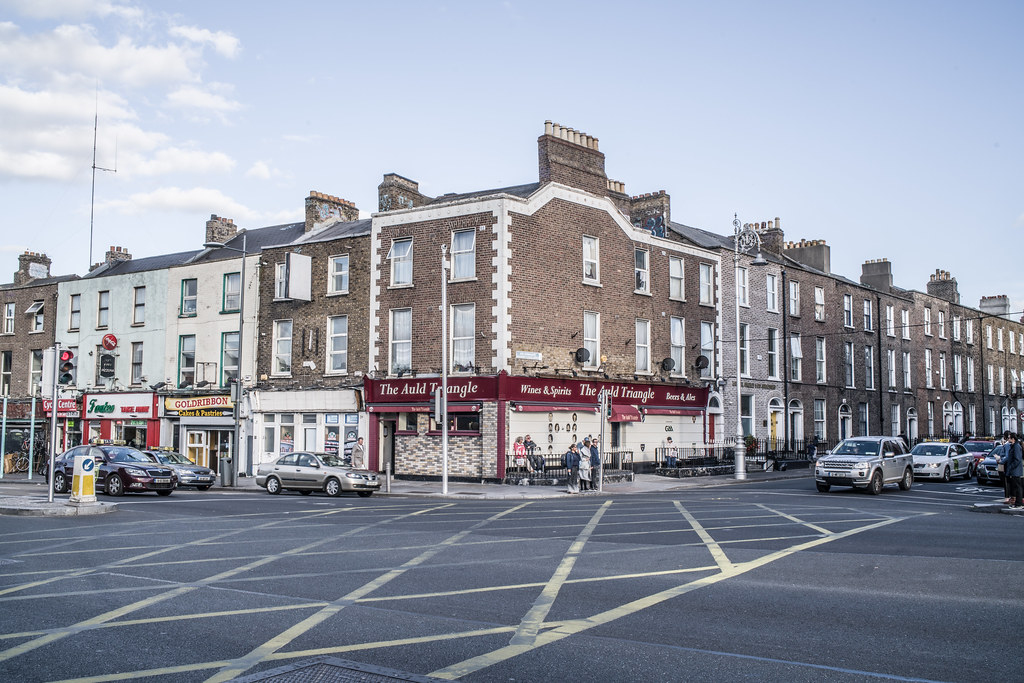