Here in Dublin nothing is simple. When it comes to my friends if I say the 'Liberty Bell' they think of the Liberty Belle pub and a few think that I am referring to the 'Freedom Bell' but have no idea as to where it is located [Smock Alley Theatre]. However for me the first thing that comes to mind is an iconic symbol of American independence, located in Philadelphia, Pennsylvania. This sculpture is named the Liberty Bell because it is located in an area of Dublin known as the Liberties.

This sculpture is by Vivienne Roche. Vivienne is a sculptor who lives and works near the sea in Co. Cork, Ireland. Over an extended period she has worked in large-scale bronze, glass, steel, sailcloth, stuccodore plaster, and reconfigured landscape. Drawing, watercolour and photography have also been central to her work. Her artistic themes derive from site-specific dialogues between architecture and sculpture, the emotional resonances of the coastal landscape in which she lives, relationships between male and female, archaeology sites and their artefacts, and between music and the visual. Light has been a central focus as is evidenced in commissioned artworks such as NC Iris (2006), Whitelight Garden (2006), Light Ensemble (2008) and Light House (2009). 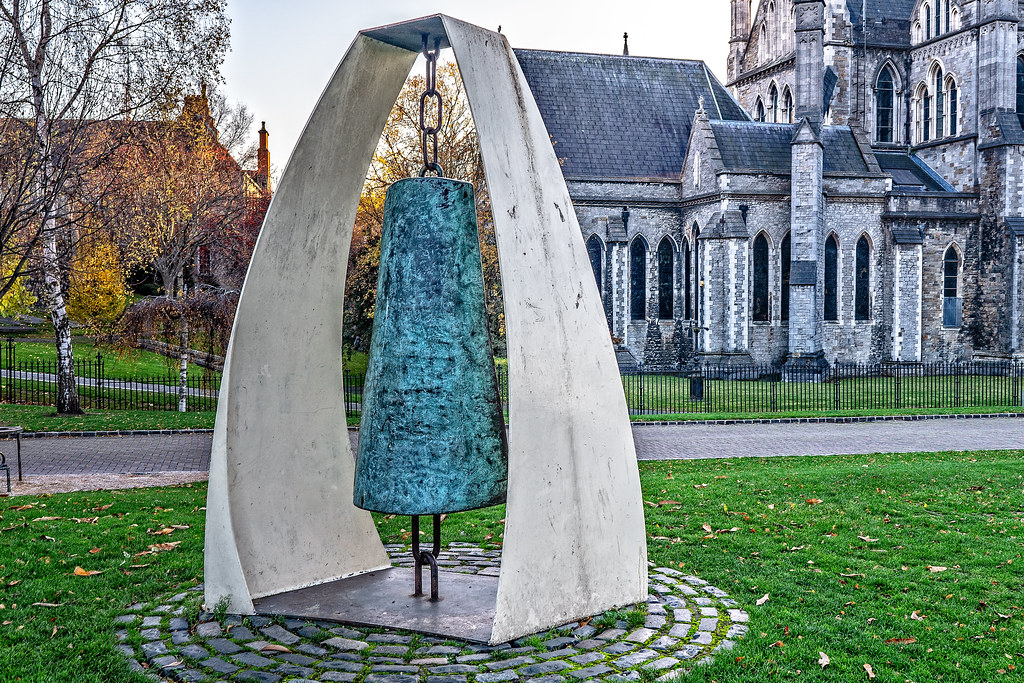 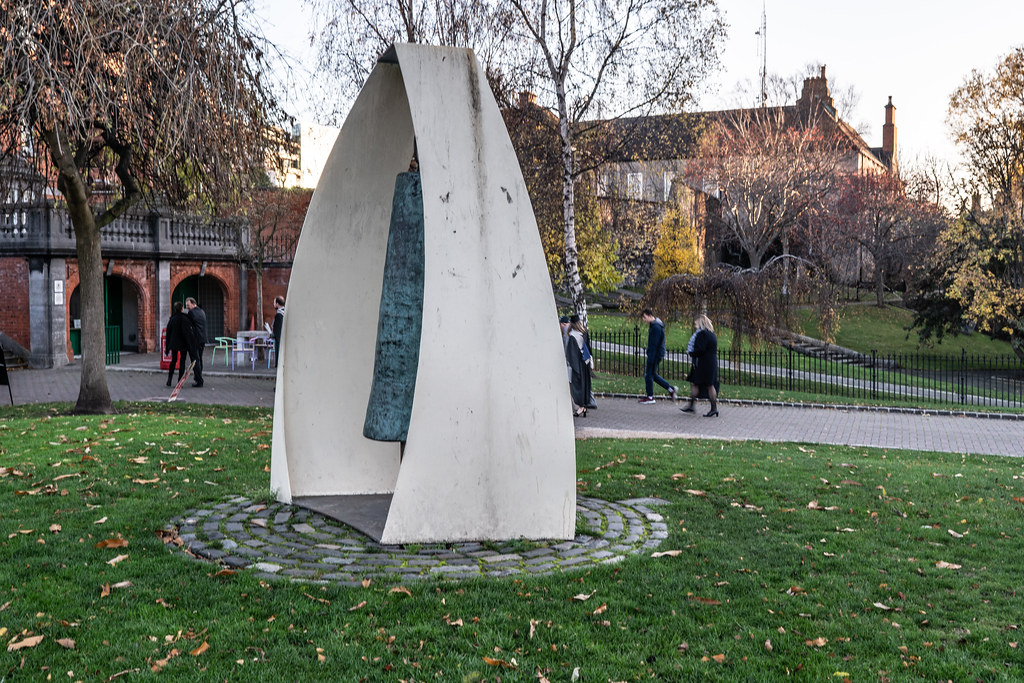 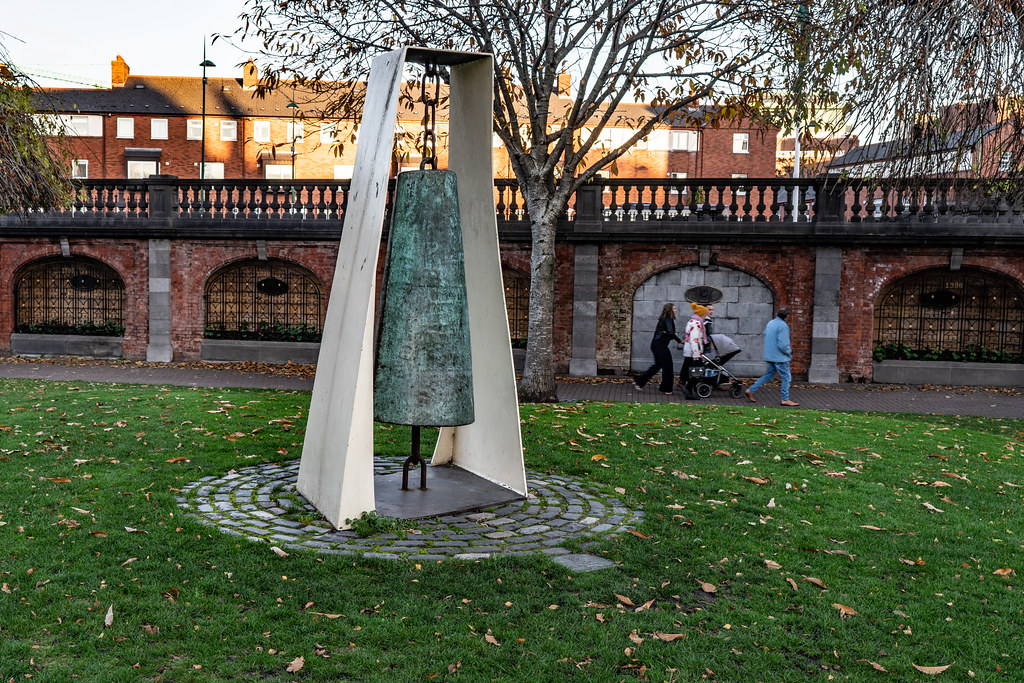