DUBLIN AREAS OF DUBLIN ACTUAL STREETS OF DUBLIN PHOTO DIARY 2018 BLOG TOP MENU
2019 DIARY DIARY 2018 DIARY 2017 BEFORE 2017 MAIN INFOMATIQUE MENU THE ACTUAL STREETS OF DUBLIN
Years ago I attended a wedding and after a few hours discovered that I was at the wrong wedding because both the Catholic and the Church Of Ireland churches had the same name, this is a common problem in Ireland. If you search online for St Audoen's Church in Dublin you may be directed to the newer Catholic church rather than the more historic Church Of Ireland building.


Sited in the heart of the walled medieval city, St Audoen's Church is the only remaining medieval parish church in Dublin. It is dedicated to St Ouen the 7th century bishop of Rouen and patron saint of Normandy. The Guild Chapel of St Anne houses an award-winning exhibition on the importance of St Audoen's Church in the life of the medieval city. Visitors to St Audoen's will see the part of the church still in use by the Church of Ireland as a parish church. They can also view the 17th century memorials to the Sparke and Duff families and the 15th century effigial tomb to Baron Portlester and his wife.

The church tower dates from the 17th century. The need to keep this structure in good repair was always a drain on parish funds. It was repaired in 1637, which was paid for by the Guild of St Anne, but in 1669 part of it collapsed onto the roof of the church, and it had to be re-built. The Guild contributed £250 towards the cost of reconstruction. In 1826 the tower was remodelled by Henry Aaron Baker but by the end of the century was again in a dangerous state. Some remedial work was carried out in 1916 after an appeal from the Archbishop of Dublin, but it was not until the major restoration of 1982 that the tower was rendered safe.

The tower houses six bells, three of which are Ireland's oldest bells, dating from 1423. The bells were rung for the Angelus and after the Reformation continued to be rung every morning and evening to call the people to and from their work. Due to the fragile state of the tower they were not rung between 1898 and 1983. After the tower was strengthened the bells were retuned in 1983. One of them, the tenor, was recast in memory of Alexander E. Donovan (1908-1982), who was closely connected with the church. They are now rung every week.

The present clock on the church tower came from St Peter's Church in Aungier Street, after this church was demolished in the 1980s. The clock face dates from the 1820s.
DUBLIN STREETS - PHOTOGRAPHED BY WILLIAM MURPHY 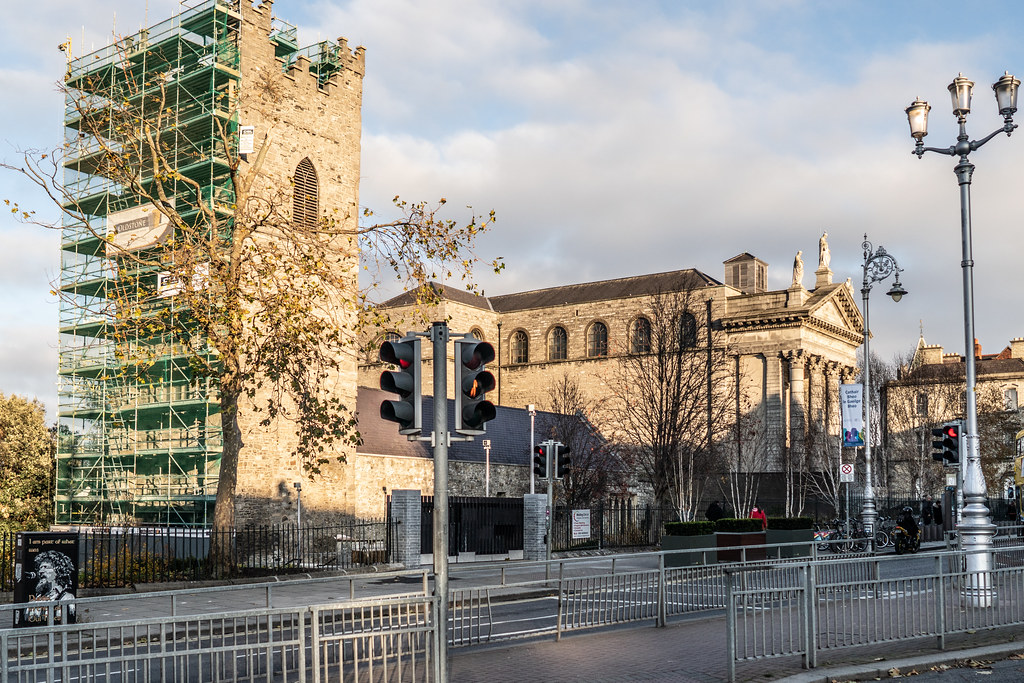 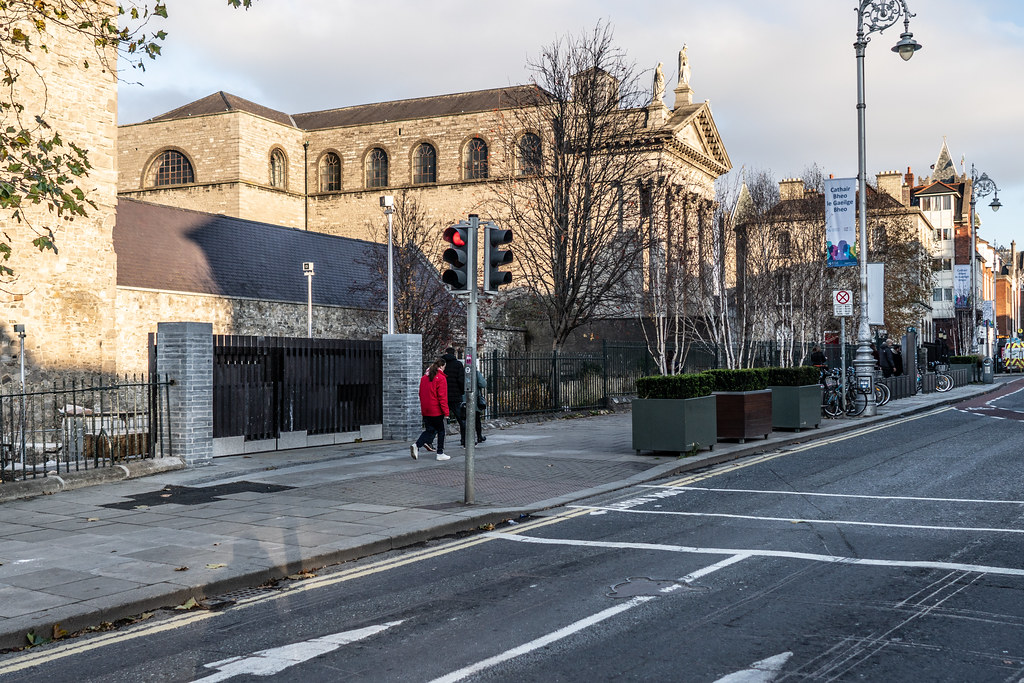 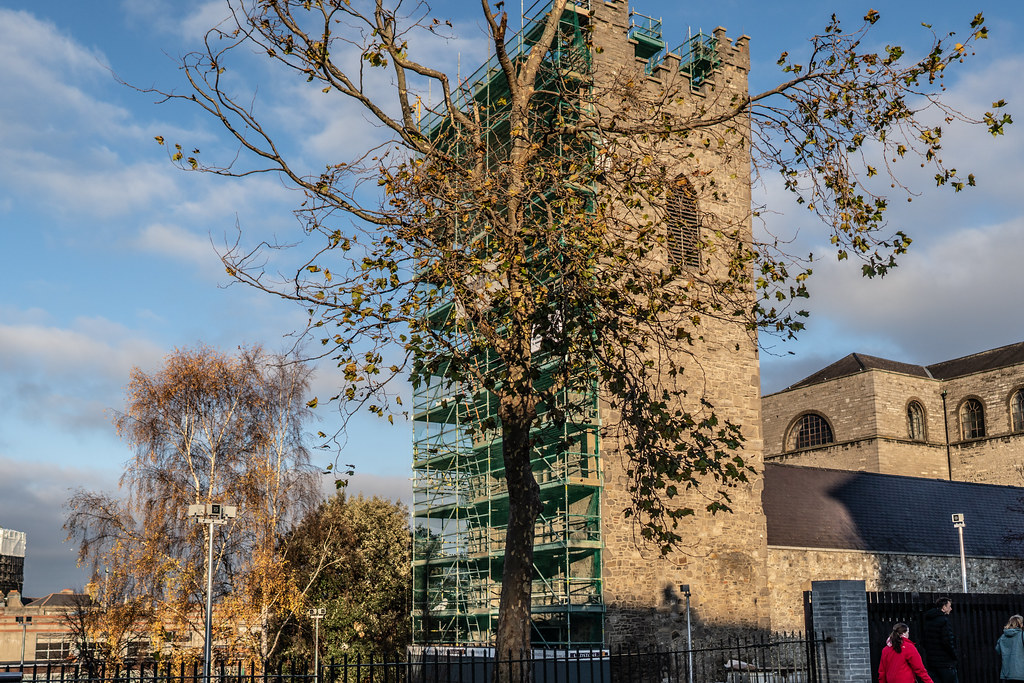 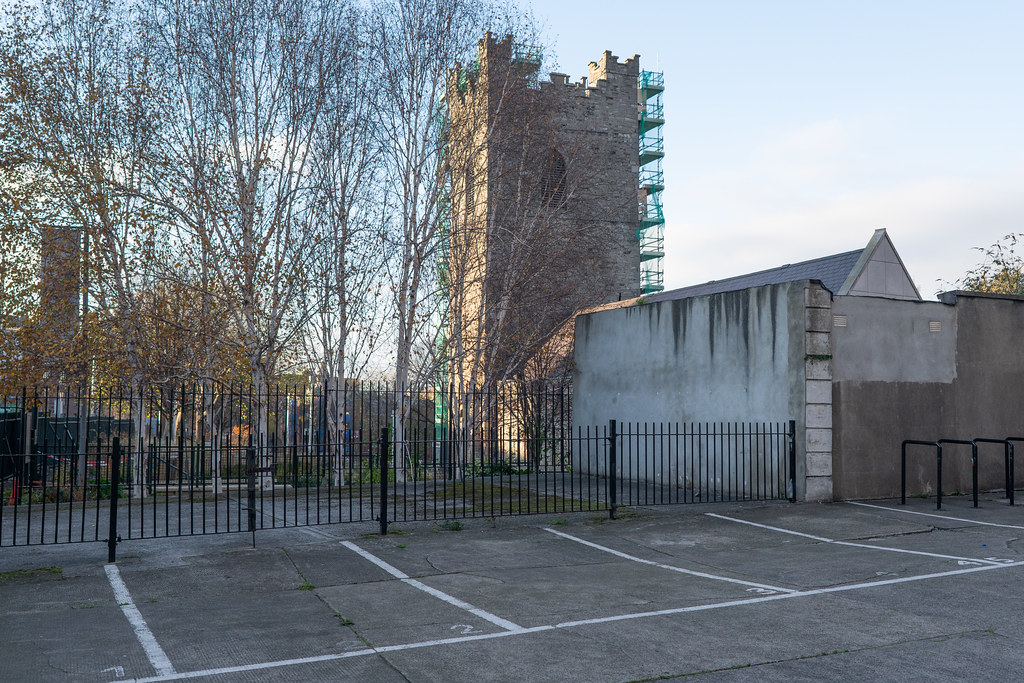